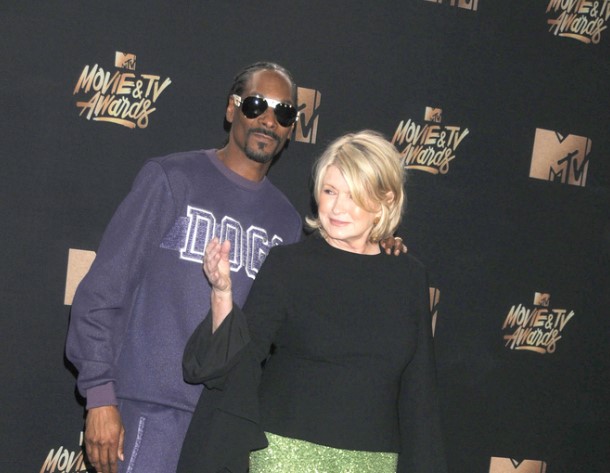 The Most Unlikeliest & Bizarre Celebrity Friendships

In the star-studded world of celebrity “beef” and social media “shade”, it’s easy to feel like no-one in Hollywood gets along. If you follow the gossip grapevine, scroll through any celeb Insta-page or witness a blowout Twitter-feud, it’s easy to believe that everyone in Hollywood has “beef” with everyone. Still, every so often, we hear about some of the most unlikeliest Hollywood friendships that restore our faith in Hollywood-kind. Some of the stars on our list come from truly opposing worlds and we can’t believe their paths even crossed, let alone that they got along. Others, we would only imagine that if they ever met in real life, they would become sworn enemies. But Hollywood is full of bizarre and magical surprises, and these unlikely duets really are celeb goals personified. So, check out the scoop on the most mind-blowing celeb friendships we’ve ever seen.

As one of the most hands-down unlikeliest celebrity pairings in Hollywood history, Martha Stewart, the home-making and baking maestro, and the hip-hop rap mogul, Snoop Dogg have actually been friends for around ten years. The pair initially met back in 2008 when Snoop appeared on Martha’s show, and bonded while making mashed potatoes together. They regularly profess their mutual-admiration for each other – and took their friendship to the next level with the raucous ‘cooking and chill’ show, “Martha and Snoop’s Potluck Dinner Party.” Snoop explained, “She let’s me do me and accepts me for who I am. “She doesn’t try to change me.” Martha replied how “I’ve learned a new vocabulary. I have a little dictionary — I might actually write the dictionary. “It’s all those fo’ shizzles and everything else.” Well, fo’ shizzle we can’t wait to see more of these guys!

Another bizarre and unique celebrity duet is none other than the hip-hop rapping, bling-popping legend himself, 50 Cent and the iconic actress and power-ballad songstress, Bette Midler. Talk about opposite world’s colliding! Bette actually first met Fiddy whilst working together on the charity ‘New York Restoration Project’, and their friendship just blossomed from there.  In a strange but true interview, Bette even gushed, “he’s one of the newest members of our tribe. He’s really made my life worth living. And the feeling is mutual, as Fiddy called Bette one of his “favourite people in the world.”  The pair even spoke about collaborating together, Bette said, “I’d love to collaborate with him, but I’m way [30 years] older than him. I really can’t rap, but I’d like to sing in the background on ‘Get Rich or Die Tryin’.” Fiddy replied how “[collaborating] would be really hot. For the right song, we’d definitely get together.” If that’s true, we’re already on the edge of our seats!

If someone told us that the living pop-star legend and gay icon, Sir Elton John and Detroit’s fiesty rap-god Eminem had even crossed-paths, let alone become close friends, we would have told them to get out of town. Well, in fact, sometimes truth is stranger than fiction. Their bromance is real guys. Apparently the bizarre pair first met while performing a duet at the 2001 Grammy’s. At the time, Eminem had received a backlash for his homophobic lyrics in the The Marshall Mathers LP. In a later interview, Eminen said “I didn’t know he was gay. But being that he was gay and he had my back, I think it made a statement in itself saying that he understood where I was coming from.” And the pair remained friends ever since. Sir Elton John even said he loves one of Eminem’s tracks, which disses’ another rapper Machine Gun Kelly and praised Eminem’s apology for using a homophobic slur in one of his songs.

Well feel like we’ve entered some parallel universe…and we can’t wait to see what happens next!