The Eccentric Woody Allen and His Journey

Woody Allen has become a household name over the five decades since his emergence on the scene. In general, Allen is known for his writing, acting, comedy and even music. Before online dating was a thing, Allen mastered the art of meeting love interests on sets and even incorporating autobiographical romantic details into his art. Of course, we all know Allen for his alleged sexual abuse of Mia Farrow’s daughter and scandalous marriage to Farrow’s adopted daughter. Surely, we’ll get to that later. Regardless, Allen enjoyed plenty of success in the industry. So now, let’s hear everything we need to know about this eccentric star!

Actually, Woody Allen was born Allen Stewart Konigsberg on December 1, 1935 and changed his name to Heywood, aka Woody, when he was seventeen. Interestly enough, Woody comes from the name of his favorite jazz clarinetist, Woody Herman. Allen grew up in Brooklyn with his younger sister Letty and parents. Though, things weren’t easy in his house. He had a difficult relationship with his mother.

While growing up, Allen attended Public School 99 and Hebrew school for eight years. A graduate of Midwood High School, he focused on baseball over school as a student. In fact, he also impressed classmates with his magic and card tricks.

By the time he was fifteen, he sold jokes to a newspaper column. Later, he began working as a comedy writer for tv. Eventually, he performed stand-up in the 1960s. This is when Allen began developing his style as the insecure, intellectual. Not usually first recalled for his stand up, Comedy Central actually chose Allen for number four on their list of 100 greatest stand-up comedians.

Above all, many remember Allen’s scandalous romance with Soon-Yi or high-profile romance with Diane Keaton, which we’ll get to soon. Yet, not many are aware of his first marriage to Harlene Rosen from 1956 to 1959. He married the 17 year old when he was twenty. In fact, after the divorce she sued him for defamation when he referenced her as “the Dread Mrs. Allen” in his standup. After his divorce, he worked on the screenplay for “What’s New Pussycat?”, which unfortunately did not prove a success.

In addition to writing the play, Allen also starred in Play It Again on Broadway. Due to the successful play that ran for close to 500 performances, Diane Keaton’s career flourished. Of course, we have to mention the romance between Keaton and Allen. She went on to star in the film adaptation of the play and in five other Allen movies, including Annie Hall and Manhattan. Moreover, in a 2013 interview, Keaton explained how she found herself immediately attracted to the funny guy, “I wanted to be his girlfriend so I did something about it.”

Alas! Probably, the most famous of his films, Annie Hall won four Academy Awards. In 1977, the film won for Best Actress in a Leading Role, Best Original Screenplay, Best Director and Best Picture. In her Katie Couric interview, Keaton confirmed the part was written not just for her, but about her! Actually, the film comes in at number four on the AFI list of “100 Best Comedies.” However, did you know the original title was Anhedonia? That’s the scientific term for a person who doesn’t experience pleasure.

The Purple Rose of Cairo

Named by the Times in the top 100 films, Allen proclaims The Purple Rose of Cairo in his top three best movies. Interestingly enough, Allen considers it one of the best since it came closest to his original vision. The 1985 romantic fantasy comedy stars Mia Farrow among other notable actors. While Allen won many screenwriting nominations for it, the film was also awarded with BAFTA’s Best Film.

Fortunately, Allen’s success carried over into the nineties. His film Husband and Wives (1992) was nominated for two Oscars. Then, Bullets over Broadway (1994) also received an Academy Award nomination. The Mighty Aphrodite (1995) won an Academy Award. In addition, Sweet and Lowdown (1999) received two nominations for Academy Awards, as well.

In fact, Allen noted in his 2006 interview with Premiere Magazine that Match Point was his best movie. This 2005 film set in London stars Scarlett Johansson and Jonathan Rhys Meyers. Remarkably, the film earned him his first Academy nomination since the late nineties. Also, he was nomination for Golden Globes; his first since the late eighties!

We would have never guessed that this New York native has more success abroad! Apparently, European audiences are more favorable to Allen’s movies. In particular, Italy, France and Spain consume his films at larger rates than in the United States.

Comedy legend and Seinfeld creator Larry David teamed up with Allen in 2008 for Whatever Works. Actually, Allen first wrote the script back in the seventies and not for David but Zero Mostel. Unfortunately, Mostel passed away when Annie Hall was released. The filming in NYC marked the first shoot in back in America after four European shoots. Believe it or not, David hesitated to accept because his experience as an actor on his show Curb Your Enthusiasm is based on improvisation. David’s character doesn’t meet his younger counterpart with any online dating site, but rather stumbles upon her in the streets of NYC. Many allegations of this larger age gap romance being autobiographical arose in reference to Allen’s marriage. Allen disputes these claims, insisting he wrote the script earlier and only made small edits to modernize it.

Equally important as past mentioned films, Allen’s Midnight in Paris (2011) received critical acclaim. It won an Academy and had an all star cast including, Rachel McAdams, Adrien Brody, Owen Wilson, Kathy Bates and Gad Elmaleh to name a few. In fact, it became his highest grossing film.

Presently, Woody Allen has done anything but slow down. Starring Kate Winslet and Justin Timberlake, he began filming Wonder Wheel in late 2016. Amazon will release the film in December. Meanwhile, Amazon also partnered with Allen on his tv series, Crisis in Six Scenes. The series stars none other than former Disney star Miley Cyrus! More recently, Allen began filming a project with another former Disney star, Selena Gomez and also Timothée Chalamet in September 2017.

Well, we bet you didn’t know this Hollywood legend obtains from meat. Once, he told Esquire, “A corned-beef sandwich would be sensational, or one of those big, fat frankfurters, you know, with the mustard. But I don’t eat any of that stuff. I haven’t had a frankfurter in, I would say, 45 years.” Wow, forty-five years is nothing to sneer at!

Occasionally, we find ourselves distracted by the dark hole of the world wide web when we really should be working on that assignment! Not Allen! Every single script he wrote actually got done on his typewriter. In the Robert B. Weide’s 2011 PBS documentary about Allen, he said, “I bought this when I was sixteen. It still works like a tank.” While most people cannot live without the newest Apple laptop, Allen is content with his early fifties manual Olympia SM-3.

Like Larry David, everyone knows that Woody Allen is Jewish. Indeed, his grandparents came to America from Austria and Russia. They spoke Germany, Hebrew and Yiddish. Despite this, when asked about religion Allen proclaims himself a “militant Freudian atheist,” as stated in a 2008 interview at Cannes. Nonetheless, Allen may be an ethnic Jew, but he clearly has chosen other religious beliefs or lack their of!

In all, Woody Allen has won five Oscars and received 24 nominations. Let’s not forget his two Golden Globes! In summation, Allen collected 136 awards. Of course, everything had not been rainbows and sunshine for this creative genius. Now, we’ll get into those darker moments.

Many of Allen’s scenes were filmed in the Spanish city Oviedo. Apparently, he loves it there. Consequently, he filmed much of Vicky Cristina Barcelona in Oviedo. Thus, it was quite the honor that the city erected a bronze statue of him! Hey, we weren’t kidding when we told you Europe loves him.

His talents don’t stop at films, television and plays. Music takes priority in his personal life. As a young child, he began playing the clarinet and continues to this day. If you didn’t get it from his name change after a famous jazz musician, Allen loves jazz. Of course, Allen is not shy about performing his music. His New Orleans Jazz Band has played at the Carlyle Hotel in NYC for years.

Won’t Watch His Own Films

After release, Allen refuses to rewatch his own movies. Perhaps, this stems from his infamous neuroticism. At the press conference for To Rome with Love, Allen explained,”So I’ve never been satisfied or even pleased with a film that I’ve done. I make them, I’m finished, I’ve never looked at one after. I made my first film in 1968, and I’ve never seen it since. I just cringe when I see them.”

Then again, the biggest hit for Allen at the box office had to be Manhattan (1979). Did you think we could forget that classic? Notably, this black and white homage to his birth city includes a love-hate relationship with intellectual persons found there. The movie’s focal point is the odd relationship between Allen’s the middle aged character and Mariel Hemingway’s seventeen year old character. Again, Keaton stars in this film as well.

Obviously, Allen’s marriage to Soon-Yi Previn cannot be glazed over. Besides the first marriage to Harlene Rose and Louise Lasser, Mia Farrow dated Allen for twelve years. His five children are Ronan Farrow, Dylan O’Sullivan Farrow, Manzie Tio Allen, Moses Farrow and Bechet Allen. Understandably, he made headlines everywhere when he began dating Soon-Yi, the adopted daughter of Mia Farrow. Mia’s other daughter, Dylan Farrow accused Allen of molesting her when she was only seven. Though, the judge determined the case inconclusive, so charges were dropped. Allen denies the abuse allegations.

Unrelated to the scandalous abuse charges, Allen chose to seek help to battle his own personal demons. He spent close to forty years being treated with psychoanalysis. Indeed, he references this treatment in his movies like Annie Hall. As can be seen in John Baxter’s, the biographer who wrote about Woody wrote, statement, “Allen obviously found analysis stimulating, even exciting.” Currently, Allen no longer seeks psychoanalytic treatment.

Forget online dating! How about some old fashioned love notes? We’re sure Allen would be all for it! Given that, we have to tell you that this comedy legend has never sent or received an email! As you may recall, he exclusively uses his typewriter for his work. Although, he does own a smart phone, he only uses it for music or communicating with his daughters. Any ideas for projects are not recorded on it. Rather, he jots everything on paper, notebooks or anything he can find!

Who Is Sabrina Claudio? Behind The Music Of The Smooth Singer

Singers Tipped For Greatness In 2019 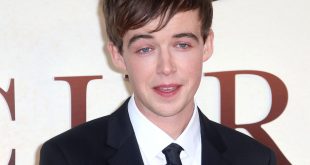 Contact Us | Disclaimer | Privacy Policy
© Copyright 2020, All Rights Reserved
This site uses cookies and other tracking technologies for analytics and targeted advertising. By continuing to browse on this site, you agree to this use Find out more.