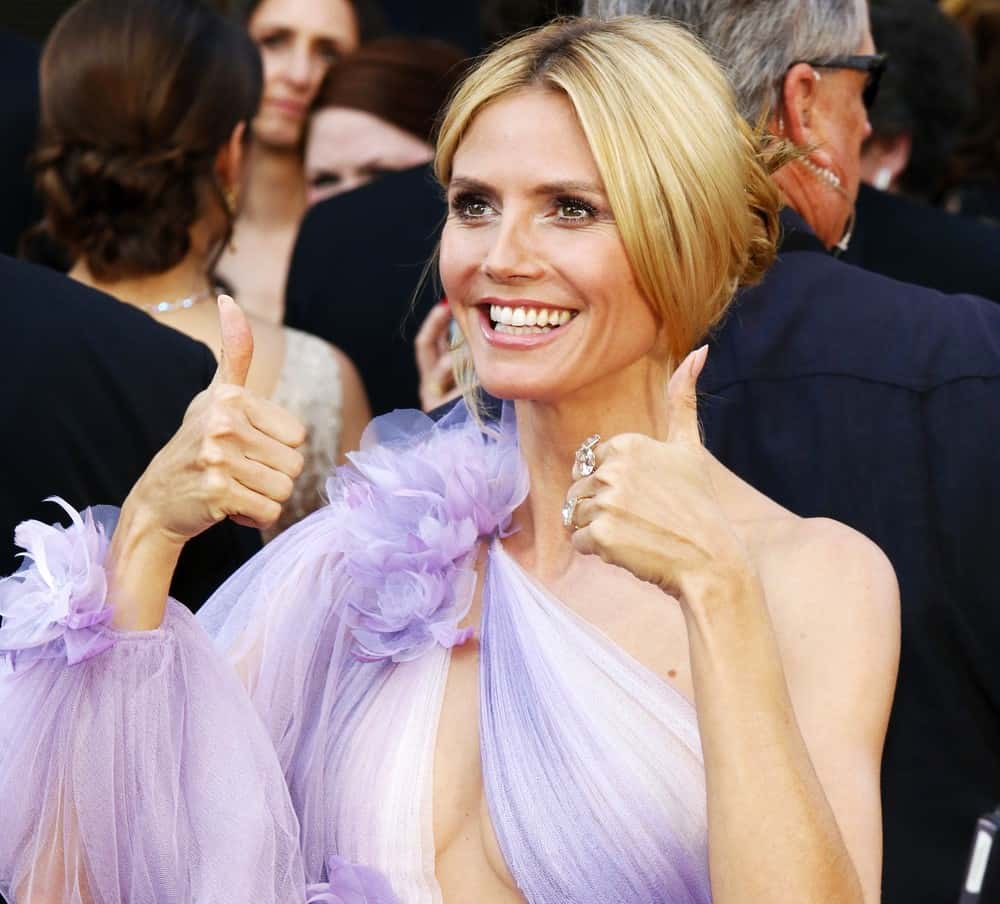 Friday the 13th or black cats crossing your path? Walking under ladders or breaking mirrors? Do you have any superstitions that rule your life? You might not, but there are some celebrities who wouldn’t manage a day in peace without theirs. Here’s a list of 10 celebrities with some pretty interesting superstitions. Hey, we aren’t judging…

Posh Spice has herself a little secret that she’s just recently shared. It’s all about crystals. Victoria Beckham strongly believes that crystals give her strength and success. She’s so adamant about having them around her that she has even designed pants with special pockets so that she can walk around everywhere with her precious crystals.

Surely you know about getting out of bed on the right side. Some people believe in putting on their right shoe first, and others believe in always taking the right option when you’re stuck at a fork in the road. So what does FRIENDS actress, Jennifer Aniston believe? “If I walk on to an airplane, I always have to go on with my right foot first and tap the outside of the plane,” she said. “I have always done it for luck.”

Tennis star Serena Williams is a boss on the court. Does her overflowing success have anything to do with the fact that she insists on always bouncing the ball five times before serving? Or perhaps it’s got to do with bringing her shower sandals to the court? Either way, it seems to be working. Do you think her sister, Venus Williams, does the same thing?

This one seems a lot more fitting for Homer Simpson than it does for pop star Ariana Grande. The singer’s pre-audition ritual includes munching on some chocolate donuts. Believe it or not, she insists that it brings good luck!

When speaking about being superstitions, Diaz said, “I’ve flown on Friday the 13th in a storm with a black cat on my lap, so I’m not that superstitious.” Despite claiming to be far from superstitious, Hollywood star Cameron Diaz is known for ALWAYS wearing an “anti-aging” necklace. While we might feel tempted to laugh, it seems like it might be working!

Nobody wants to die while flying, but Megan Fox has the ultimate prevention for this devastating disaster. “I know for a fact it’s not in my destiny to die listening to a Britney Spears album, so I always put that on in my [headphones] when I’m flying because I know it won’t crash if I’ve got Britney on.” How’s that?

Brazilian soccer superstar Neymar is very particular about the shoes he wears onto the filed for a game. He insists that he must wear a pair of personalized boots with his son’s name on them. The reason? They serve as good luck.

Since there was no “tooth fairy” in Germany, the young Heidi Klum held onto ALL of her baby teeth. Since she’s grown big teeth, she still hasn’t outgrown carrying around the little ones in a bag… everywhere she goes! “I don’t know if it’s good luck, it’s just a crazy thing that I do.” Would you call these ‘wisdom teeth’?

Aside from his lucky pair of boxers, Collin Farrell also owns a lucky belt. The SWAT actor unfortunately lost his lucky belt, and he was totally distraught. In fact, he offered $25 million to the person who returned it to him. Sounds like quite a belt, doesn’t it?

There is one celebrity on our list who doesn’t lead his life based on superstitions. In fact, Christian Bale insists that he laughs in the face of danger and superstitions as a way of keeping them at bay… hey, wait a second!